8 More Foods You Should Never Eat

8 More Foods You Should Never Eat

Listen: There's no shame in indulging in celebratory cake, a post long run donut, or pizza on a Friday night date. (Hello, 80/20 rule!) You shouldn't feel guilty about enjoying life and the foods that come with it and, in fact, the practice of blacklisting foods or trying to stick to a restrictive diet often backfires.

That said, some foods (often labeled as "junk foods") offer very little nutritional value. It's A-OK to enjoy them every once in a while, but if they're part of your day to day diet, you may want to consider replacing them with foods that offer more nutrients. (Chances are, doing that will make you feel a hell of a lot better too.)

Here are 8 more of the worst foods to eat that fit the bill. 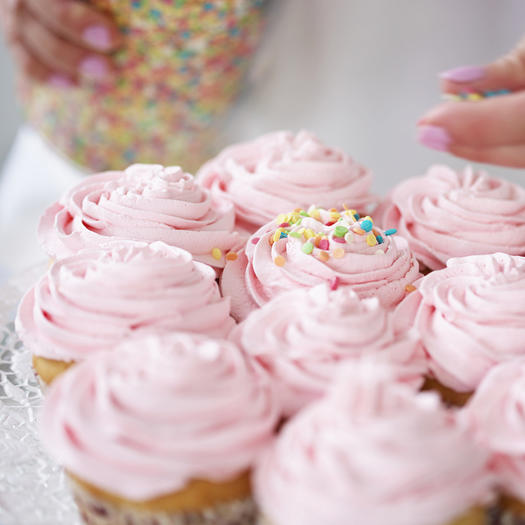 That store bought frosting from a tub might taste great on cakes and cookies, but it's packed with problems. "It's one of the only items in the grocery store that still has trans fats, which are terrible for your health," says Melina Jampolis, M.D., physician nutrition expert and co author of The Calendar Diet. "Trans fat raises bad cholesterol, lowers good cholesterol, and causes inflammation, which can lead to belly fat and diseases ranging from heart disease to diabetes." (Good news: Trans fats may be extinct by 2023.) On top of that, tub frosting is loaded with sugar, and high sugar diets contribute to premature wrinkles. Yikes. 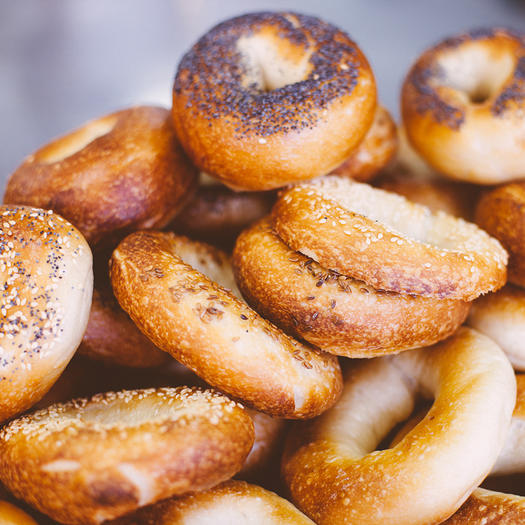 If you're prone to skin problems and tempted to grab a bagel before you go in the morning, think twice. "Bagels have a massively high glycemic index, which increases insulin and leads to increased inflammation in the body, which is shown to possibly accelerate aging and worsen acne and rosacea," says Elizabeth Tanzi, M.D., co director of the Washington Institute of Dermatologic Laser Surgery in Washington, DC. Instead of this worst food to eat, opt for an English muffin or whole grain toast with peanut butter. 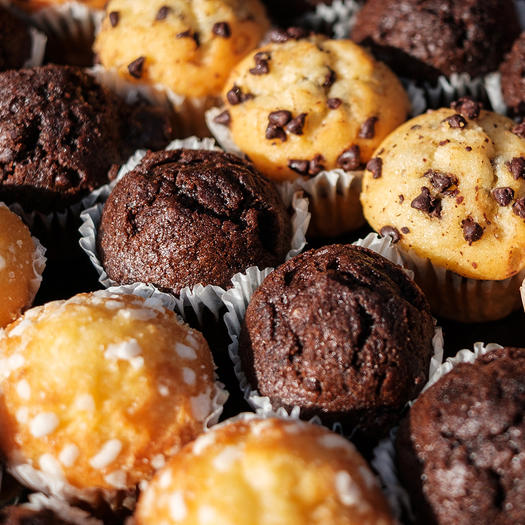 So convenient, so tasty (if we're being honest here), but so not worth it. Those pre packaged mini muffins, doughnuts, and dessert cakes will add tons of calories and loads of unwanted sugar to your diet, plus these worst foods to eat aren't easy to digest.

"These are bad on so many levels, because they are filled with high sugar content and preservatives for a longer shelf life they can literally sit there forever," says Dr. Tanzi. "Sugar increases inflammation in the skin, which on top of irritating acne and rosacea, can make you look puffy and bloated. Skip the wrapped stuff and grab fresh fruit (or fruit sushi if you’re feeling adventurous!) for a sweet fix instead. 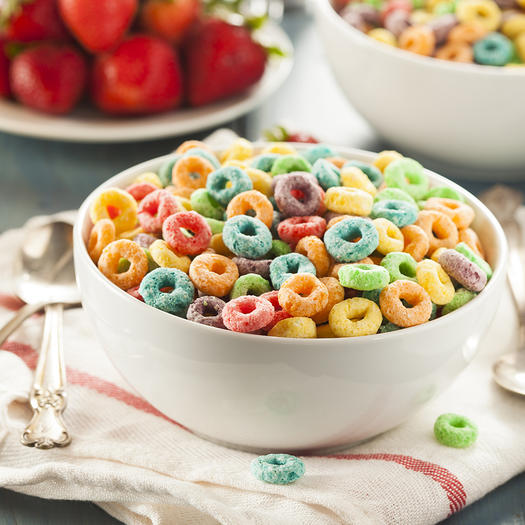 A bowl of Frosted Flakes, Froot Loops, or Cap'n Crunch might taste like nostalgia, but it'll wreak some havoc with its high amount of inflammation causing sugar and gluten content. "For some people with sensitive skin, gluten can exacerbate breakouts, leading to increased redness and, yes, more breakouts," says Dr. Tanzi. Opt for low sugar, gluten free options like Rice Chex and Corn Flakes. 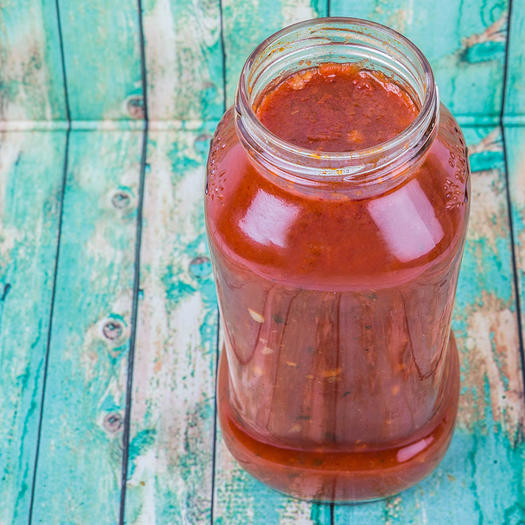 It's easy to forget sources of sugar when you're making recipes that aren't traditionally considered sweet, but they do exist. Tomato sauce is a big culprit, says Dr. Tanzi. "Make your own, because the store stuff has a ton of sugar." 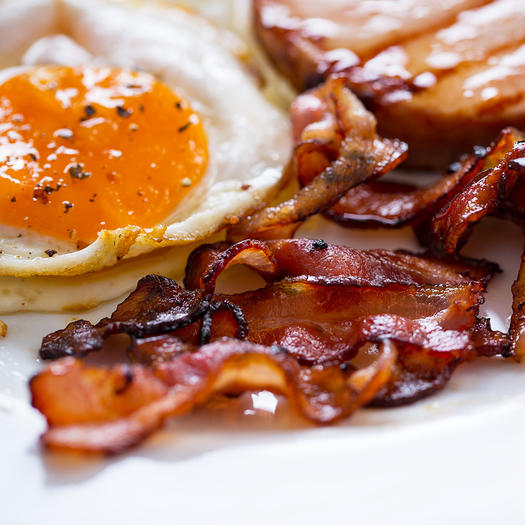 Noshing on bacon as a side for breakfast, as a topping for salads, or as an addition to your sandwich? Bad habit. "I know it's only 45 calories a strip, but it is really high in fat, sodium, and the preservative sodium nitrate," says Taub-Dix. Veggies or a few nuts (such as these 10 healthy nuts and seeds) are better options for a crunch, and won't create such problems for your heart and digestive system. You're better off avoiding it, but if you must have a little bacon? "Stick to half a strip to crumble on foods like salads and sandwiches," says Taub-Dix. 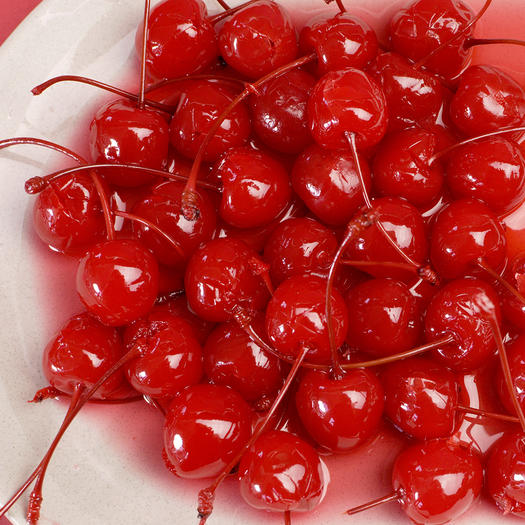 This preserved fruit might turn up in your cocktail or on your sundae. Start choosing the real deal over sugar packed, processed maraschino cherries. "These have artificial colors, like red-40 and red-3 dyes, that add no nutritional value," says Taub-Dix. 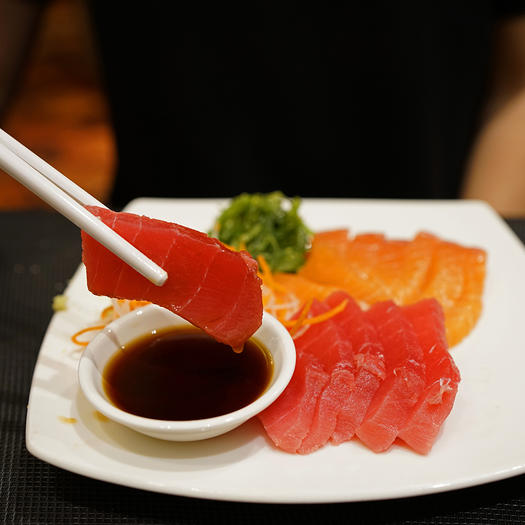 Soy sauce is low in calories and has some good vitamins and minerals like riboflavin and vitamin B-6, but the extremely high sodium content of this worst food to eat will leave you bloated and at risk for conditions like hypertension. "There are so many low sodium, lighter soy sauce options, there's no reason to buy the regular stuff anymore," says Taub-Dix. Yet she still recommends using the light stuff sparingly. "A tablespoon of the low sodium soy sauce is about 600 milligrams of sodium instead of 900, so it is less but not none." (Consider trying coconut aminos, which are the gluten free, vegan, paleo alternative to soy sauce.) 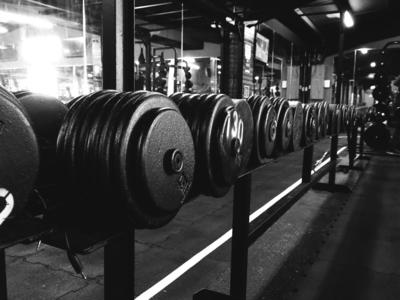